Shaking up the LED industry 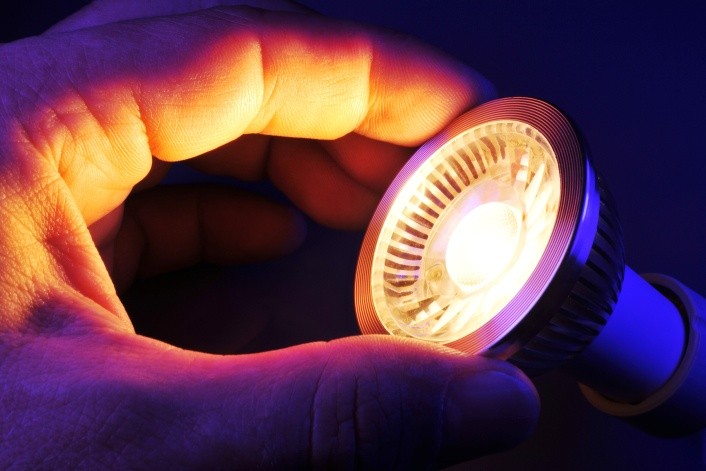 LEDs represent a great opportunity for electrical installers, but we’ve barely scratched the surface of what the technology can achieve. Graham Lewis, sales director at the recently rebranded Red Arrow Electrical Distribution, explains why it’s time for a lighting industry shake-up.

“If I’d asked my customers what they wanted, they would have said faster horses.” So said Henry Ford – apparently – after he introduced the Ford Model T and revolutionised the transport industry. The quote may be over-used (and its origins dubious) but it makes a salient point about innovation: that the best innovators don’t just respond to market needs. They offer a way to do things differently.

Yet when it comes to LED, it can sometimes feel as though the lighting industry is presenting customers with ‘faster horses’, rather than the exciting, innovative technology – with vast potential – that LED really is.

We have come a long way since LEDs first became widely available. Those harsh, bright-white downlights of the early noughties have given way to a range of colour, tone and fitting options that have made LED more versatile for domestic and commercial premises. Yet we’ve barely scratched the surface of what’s possible with LED, and that needs to change for the electrical industry to really enjoy the full potential of LED.

Up until now, the lighting industry has been using LEDs as a direct replacement for traditional lighting, like tungsten and halogen. Take an LED GU10: you can remove a traditional GU10 from its fitting and quickly replace it with an LED version. On the surface, it’s a cost-efficient way to install a low-energy alternative and save your clients money on energy bills. But it’s not really compatible with existing technology – such as TRIAC dimmers – and it’s causing complications.

Returning to Ford’s adage, we’re essentially strapping faster horses to an old carriage. Yes, the horses might have incredible power, but the lumbering old wagon they’re attached to can’t cope with it. It’s slowing them down, and it’s making the horses look bad. What people see is something lauded as a brilliant innovation, failing to deliver what was promised – and it makes them frustrated and mistrustful.

In the lighting industry, many electricians have embraced LED out of necessity, not opportunity, and felt let down by the results. While LED has been pushed as the ultimate ecological and economical lighting source, those aforementioned compatibility and performance issues have damaged the technology’s reputation.

There are too many stories of LEDs not lasting as long as expected, drawing more power than promised, or causing site call-backs due to flicker. Understandably, this has made installers and consumers alike reluctant to invest more money than necessary in LED – but as with any technology, investment and return often go hand in hand.

As an industry, not enough has been done to educate installers and end-users on exactly what to expect from the type of LEDs they purchase and how performance might be affected by the quality of the components or external factors, such as legacy light fittings. By setting out to change this and make information readily available and easy to understand, we’re aiming to revolutionise the LED market and spur greater innovation in the future – but we have a long road ahead.

Understanding the opportunities – and limits – of LED

The smart phone industry has done a great job of illustrating the benefits of their products to their users. They upsell year after year and are effectively at a point where people don’t question why they should spend an extra £300 on the latest device. They just know that it will be better. Those brands have created desirability around a functional product based on innovation and trust.

With LED, we’re nowhere near this point. Price points are still predominantly the biggest decision-making factor, because we haven’t educated installers on what other factors to base their choices on. In turn, they can’t educate their clients – and it’s costing them opportunities.

This is especially true in the commercial market. Business owners or facilities managers know that LEDs have a longer life span, will save them money on energy bills and are in many instances required to meet building regulations. Yet the initial outlay is often seen as expensive, even when installing mid to low-range LEDs. In a difficult climate for businesses, persuading a decision-maker to make even more of an investment is always going to be tough.

However, those same businesses are frequently shocked to find that their initial LED spend doesn’t last as long as they thought it would. This is why, as part of our rebranding as Red Arrow Electrical Distribution, we’re making vital performance information readily available. To make an educated decision on LED, people need to understand differentiation between makes and models: is it right for that environment? Will the warranty cover the hours per day it will be in use? Is it compatible?

Armed with this knowledge, installers will be able to offer better advice, and their clients will get a better return on their LED investment. It will improve trust and create excitement around LED – and that’s without considering the lesser known benefits of the technology.

An increasing amount of research is being made into the importance of lighting quality, and what it means for our health, productivity and safety. Poor quality lighting – in particular flicker and dim output – can cause eye strain, poor concentration, headaches and even unsafe working practices. In an industrial environment, where awareness and precision are crucial, bad lighting can be downright dangerous. On the other side of this, good quality lighting can improve workforce wellbeing, increase performance and result in better quality manufacturing.

As an industry – from manufacturers like Red Arrow, to the installer and everyone else in between – we need to get better at prioritising LED education, and sharing that knowledge with clients to increase demand in quality LED. Not only will it create opportunities for electrical installers, but it will pave the way for the next phase of LED evolution.

It’s high time we scrapped our ‘faster horse’ mentality to see what LED technology is really capable of.